VCCA Home
Hey! Ive been lurking on here for some time. I have reasently bought a speedster project. I Havent gotten it yet tho. I have a few questions for the experts on here. I though it was a 490 frame and engine. Now looking at the pics. The generator is round, like a superior, not square like a 490. And appears to have a oil pump on the rear of the generator. But still a exposed cone clutch. Did any 490s have that? Or is it a 23, 24 superior? More questions to come! Thanks in advance!
Rooster
Hi kustomrooster,

If you post some photos, it will be easier to answer your question. Click on the 'Use Full Editor' button below and then use the Attachment Manager to select (or drag and drop) your photos into the window so they will appear with your post.

One thing to check is the casting date on the engine. On the four cylinder engines that I've seen, the casting date is located on the right side of the block and between cylinders two and three.

Cheers, Dean
Thanks Dean! I looked through the info in the 23-24 differences and think its a 1923. I dont have the car yet, just looking at pictures the owner sent me. Ill post pic's when i get it! So i do know its missing the starter. Looks like in 23 they had a round and prior the 490s had a square. Are they interchangeable? Any body have a extra? Also the oil pump for the 490 looks to be avabile what about the superior pump on the generator?
Thanks Rooster
Gary Wallace is a good source for early Chevrolet parts. http://earlychevyparts.com/

The 23 has a front axle that has a curve downward between the frame rails and the 24 is straight. Engine or body numbers would also be helpful once you get it. On my 24 the engine number is stamped into the flywheel.

Dave
Thanks Dave, I have been meaning to call Gary Wallace for some time, as I have a 1928 Touring in pieces also. Im still thinking its a 1923 so far. Ill let everyone know numbers when it arrives!
Rooster
The late 490 and '23 used the same engine parts but most other parts are different between the 490 and '23. The 490 and Superior frames are also very different.

Dad and I are making plans to start our next speedster using a combination of 490, '23 and '24 parts.
I suggest you consider joining the 4-cylinder speedster chapter.

Good luck identifying your parts. Let me know if you want help.
A little update! It finally arrived! Ill have some pics soon. So I will try to get engine and flywheel and other numbers. Thanks Chris i will definately have more questions!
Rooster
Ok. Heres the block number. 1923? And heres the Remy generator distributor and oil pump combo. Theres another pot metal generator rear cracked as well as a cracked oil pumo. The rear on the generator looks to be brass. Are there any break downs on how the generator dist and oil pump go together?
Rooster 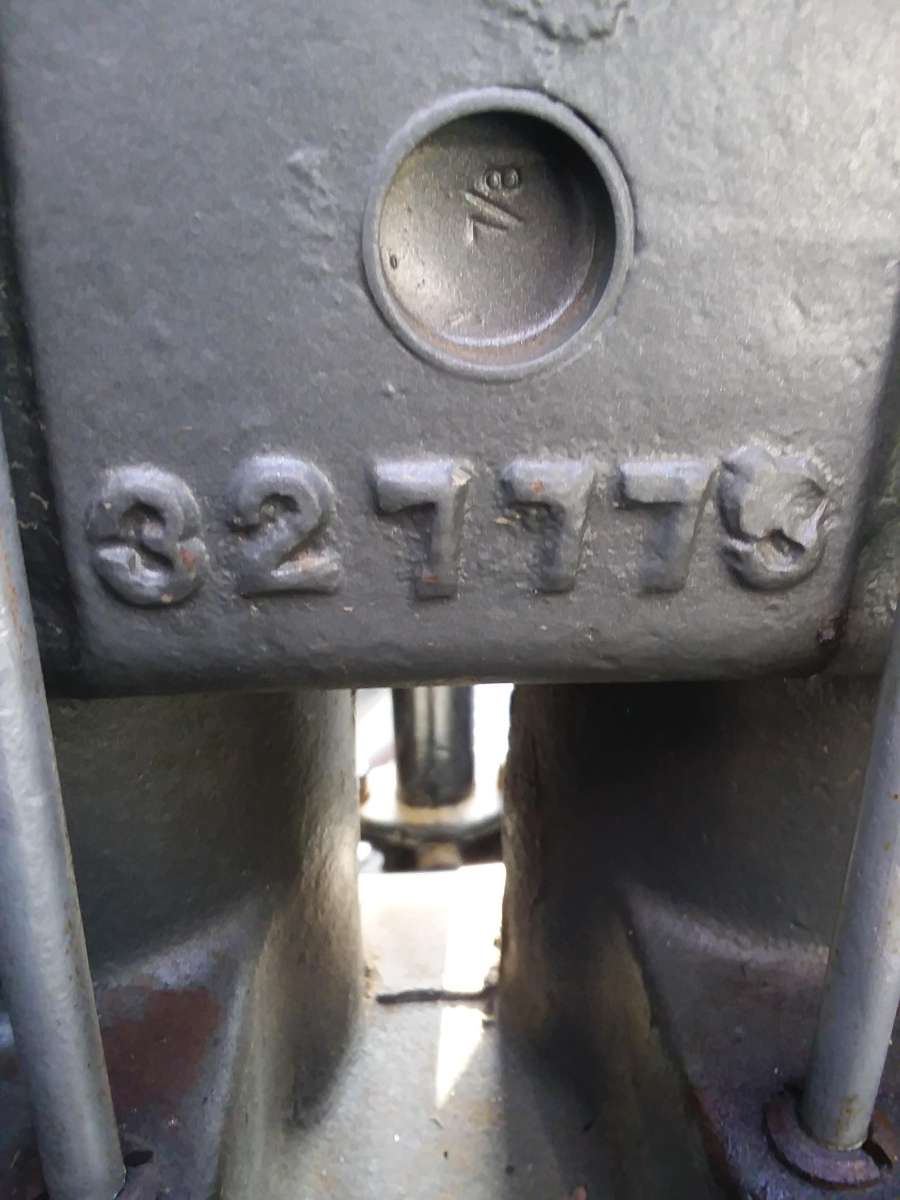 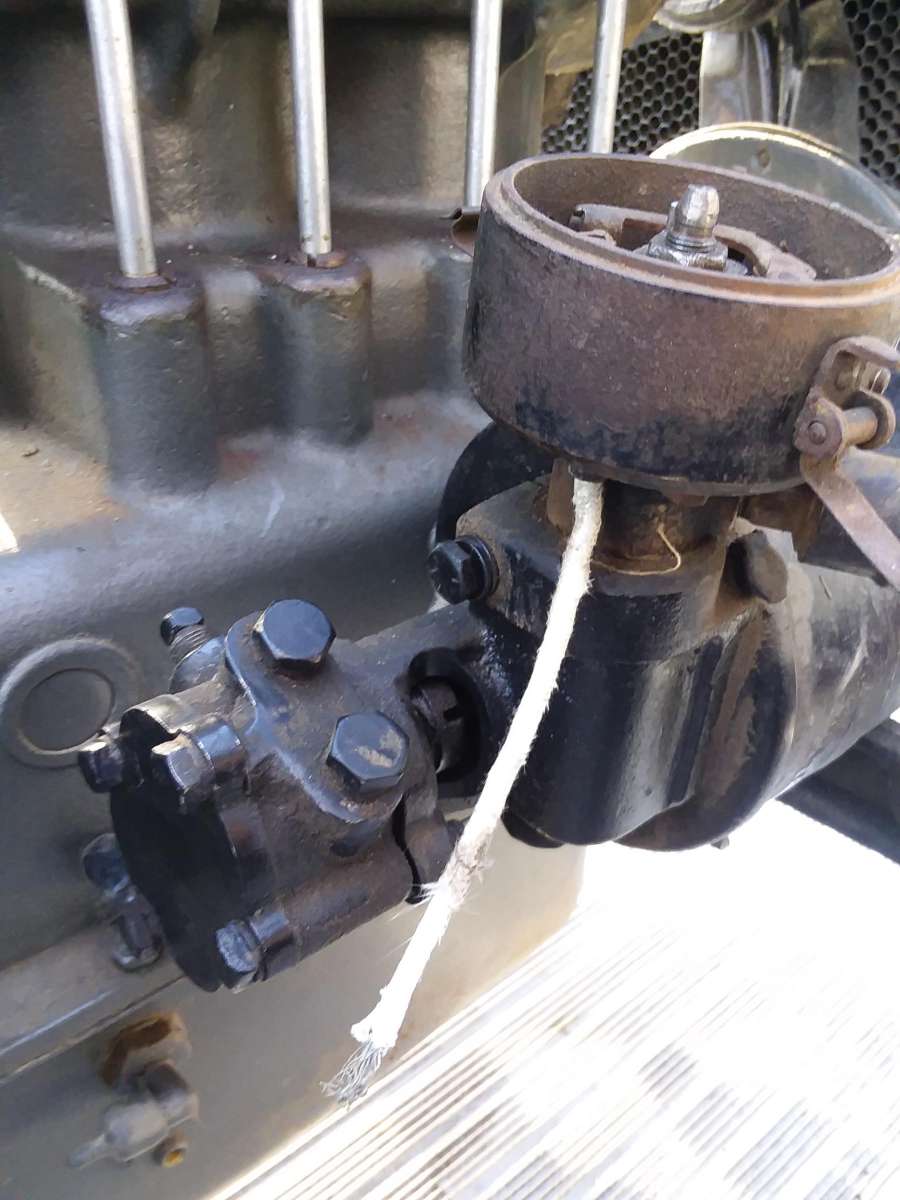 Hey Rooster - Any Updates on your 1924 speedster?
. Hi Rooster, 327773 is a 1923 water cooled block. My Sedanette has it on the right side between cylinders #2 & #3. First photo. The second and third photos are at Harrah's Reno museum. It has the casting number on the water cooled engine on left front by oil filler cylinder #1. I can not find any casting number on the Copper Cooled engine. Does any one know where it's located and what it's supposed to be? . . .
. For more casting numbers see web page <http://home.znet.com/c1937/Cast.htm>. .
. .


Lou I believe your rite it is a 1923. Is that oil lines going through your block? What do they go to? Any other pics of them?
Anybody ever heard a copper cooled engine run? I've seen pictures but not a running car. The delco power plant looks to be a very similar engine or the same thing.
Rooster
Part One: .
. The 23 Sedanette is in storage and not readily accessible. I'll try to follow the oil line next time I look at it.
First picture is how it looked when it got to storage. I wouldn't call it 99% restored tho I've seen ads with worse. .
Second photo right side showing oil line.
Third photo Left side showing T. I assume that someone was trying to feed oil to the main bearings.
. . Stay tuned for part two of reply.


.Part Two: . I have done some research on the Copper Cooled in preparation
to writing an article. The Copper Cooled was not just an engine option for 1923,
the entire chassis and drive line is different. I've seen many different versions of
the Copper Cooled engines. The Delco Power Unit most notably has a cast iron
foot that is typical of stationery engines. The engine in the car has a tin pan.
Photo one is the Delco stationery engine with erroneous sign. .
Photo two is the automotive engine. .
. Tho Kettering may have developed both engines
at GM, they don't share many parts. .
. . Several years ago Hemmings published a periodical
called Special Interest Auto. They were able to take
a test drive in Harrah's CC coupe. They said it sounded
like a coffee can full of bolts when running. .
Compare the sound of a VW van to a water box. .
Happy Motoring, Lou

Lou, part 1! Looks like you have quite a project ahead of you! Always interesting to see how someone pressurised the front and rear mains!
Part 2!
The copper cooled delco power plant engine looks heavy with the cast base. But I bet a cone clutch and trans could be adapted. To make 1 of a kind speedster! At least if it didnt over heat. I wonder if the ride in Harrahs coupe was filmed?
Rooster
. The Copper Cooled only used the body of the 23 superior. It had a belt driven Generator, automatic advance ignition distributor, Dual plate friction clutch, the transmission had the same ratios as the water cooled but was completely different. See photos. The H2O has square drive in and out. The CC has splines in and out and drive shaft clamp with no E-brake. The rear axle is Banjo housing. .
. Lou .